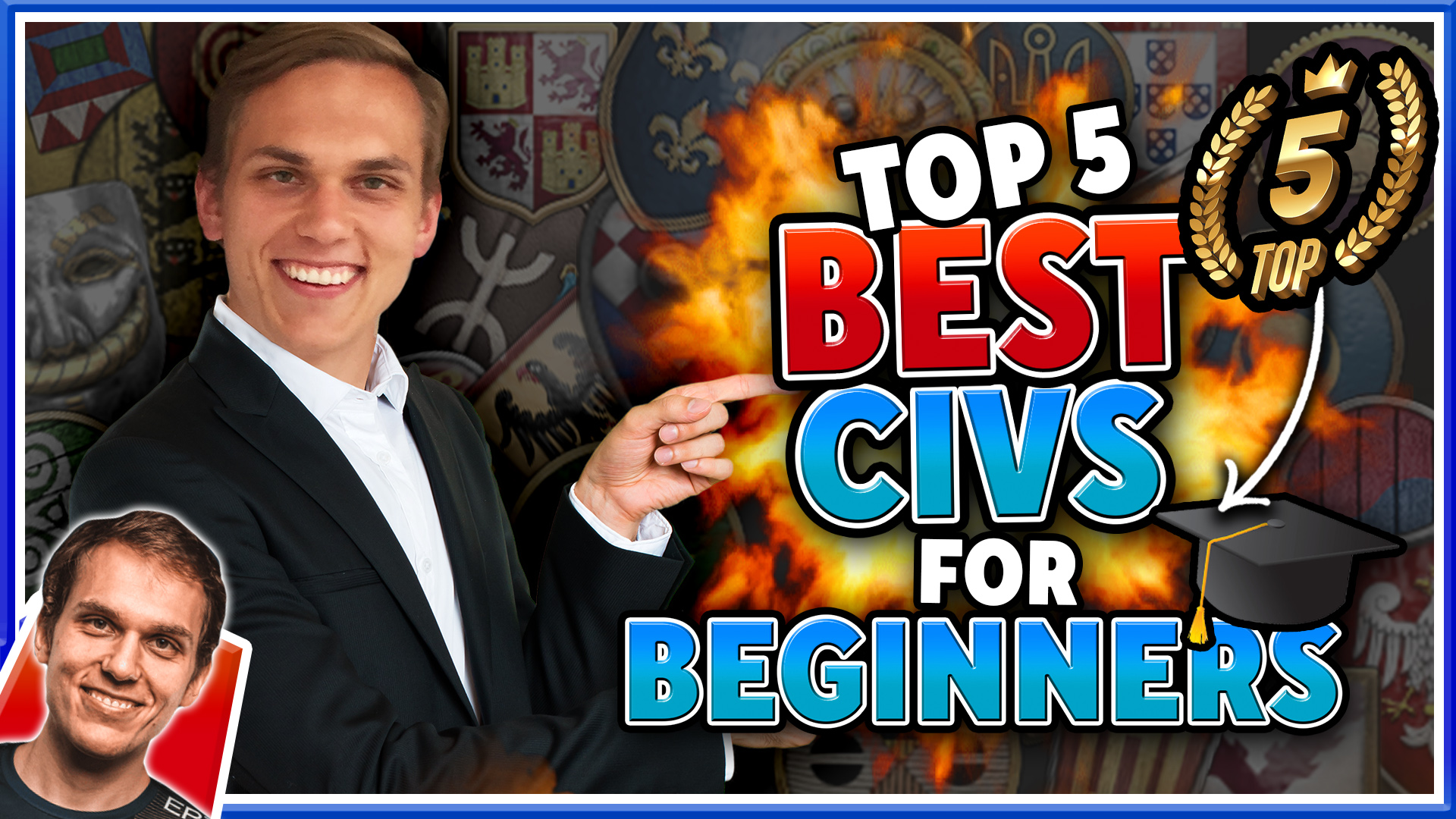 If you wonder which civilization is the best for beginners in Age of Empires II: Definitive Edition, then this blog might be the correct place for you.

Who doesn’t know the feeling? You want to try out a new game which you might have seen on Twitch or Steam and feel like it good be a good fit for you.

At the very beginning, however, games can be extremely hard to get into. Especially real-time strategy video games like Age of Empires II might be much more complex than games belonging to other genres.

For me personally, what has worked the best to get myself into understanding the game is by watching professional players play and try to copy their play-style by always questioning their actions so I understand it better.

In Age of Empires II, there are currently 39 different civilizations which makes it very hard at the beginning to choose the right civilization for beginners. I will write details about every single civilization in other blogs. Check e.g., my Aztec post here: how to play Aztecs.

Due to the complexity, I have decided to give my input which is the best civilization for beginners.

It is hard to choose the five best civilization from the available 39. I first have to define metrics which I can utilize for comparisons to make a reasonable conclusion.

Let’s take a look into which factors I should consider.

It is extremely important that the civilization is easy to use. The stronger the units and the better their economy advantages are the easier it is going to be to use them. Players won’t need depend as much on crucial decision making compared to other civilizations.

I will also consider what resource-dependency the civilization has for it to be effective. It is easier to focus on two resources to maintain the strong army instead of three or four resources.

In addition to the ease of use, the civilization’s complexity is a relevant factor as well. In general, the more technology paths a civilization offers, the more complex it will become. The more options you have, the deeper you have to understand the game as the decision making will have bigger importance. We want to the civilization to be straight forward.

This metric considers the strength of the civilization. What are its strongest units and which economy boosts does it offer?

Let’s jump into the five best Civilization for Beginners.

Franks is the typical civilization for beginners. When professional players are asked which civilization, they should use to learn the game, Franks is often the answer.

What makes Franks so viable?

Let’s take a look at the most important characteristics of them:

As you can see, Franks have a lot of advantages and very easy to use. As Franks, you want to focus fully on cavalry production as they are core unit. You always have the possibility to counter anti-cavalry units with siege units or Crossbows in Castle Age.

Keep in mind, cavalry units’ strength is mobility. Hence, you should try to utilize this.

In Imperial Age, the ideal unit composition you can go for are Paladin, Axeman and Bombard Cannons. That is obviously very gold intense. If your situation doesn’t allow to do that, try to go for Axeman + Halberdiers + Bombard Cannons/Onager or Paladin + Onager + Bombard Cannons.

Let’s take a look at the most important characteristics of them:

The fact that Huns don’t require houses gives them a huge boost to their economy as it so much smoother to balance them and it reduces one of factors you have to focus on as a player. Hence, making them very easy to play.

Huns usually go for a mix of cavalry and cavalry archers. This army composition is extremely mobile. In other words, you will be able to react to spontaneous attacks much faster. Huns are especially great on Hybrid maps as with the wood savings you will be able to get fishing boats out faster.

The only down-side of Huns is that you could get used to not building houses. When transiting to a different civilization, you will run into housing problems at the beginning. All things considered, though, I still suggest Huns.

Vikings seems to be one of the easiest civilizations to master in Age of Empires II. They don’t necessarily shine with pure army strength, but they have an economy advantage which I would even rate as the best in the game.

Vikings is – with Portuguese and Italians – the best naval civilization. They don’t necessarily excel in hybrid maps that spawn in a way that your dock is spawning close to your opponent’s dock as they lack fire galleys. But they are a power house on maps where docks are usually further apart (e.g., Islands) as their galleys are cheaper.

As Vikings have such a great economy boost, it is easy for them to pull off great 1-tc plays with archers or going for a very fast 3-tc boom, followed up by a Fast Imp going into Arbalest.

The biggest weakness is the unit’s strength of Vikings in the long-term. Therefore, finishing the game as soon as possible must be the goal. Don’t drag it out to the long game.

I don’t have the statistics on my claim, but my feeling tells me that Britons might be even the most popular civilization for beginners. Even when I started playing Age of Empires II, I always played them on Black Forest to get to those juicy Longbows with 12 range.

What makes Britons such a great civilization for beginners, though? Let’s take a look into their characteristics.

Britons might per se not be the easiest civilization as you definitely need to have a bit of a better understanding of the game than for example as Franks. But their archer focused military advantages can provide you a very good position in the game. Having a combination of Crossbows and Mangonels in Castle Age is very hard to beat.

In the meanwhile, it is very easy to add extra TCs due to their lowered costs. That leads to better economy and to more production.

I was thinking a bit about which 5th pick I should utilize here. I came to the conclusion that it must be Mayans as they are very similar to Britons in their play style. Usually, there are only two units to focus on as Mayans. Let’s take a look.

Mayans is considered as one of the strongest civilizations in the game. The pure Archer strength is a very scarry aspect and there are barely any civilizations in this game that can compete with them by going Archers. Over time, Mayans should always be able to out mass.

Mayans also have the strongest eagles in the game. By researching El Dorado, they achieve 100 hit point eagles.

Therefore, as Mayans you have to focus mainly on two units. These are ranged units (Archers or Plumed Archers) and Eagle Warriors.

How did you enjoy this blog? What are your top civilizations for beginners?

Would love to hear from you below in the comments.

Here you can check out a detailed my description of other civilizations: Aztecs

No comments yet. Why don’t you start the discussion? 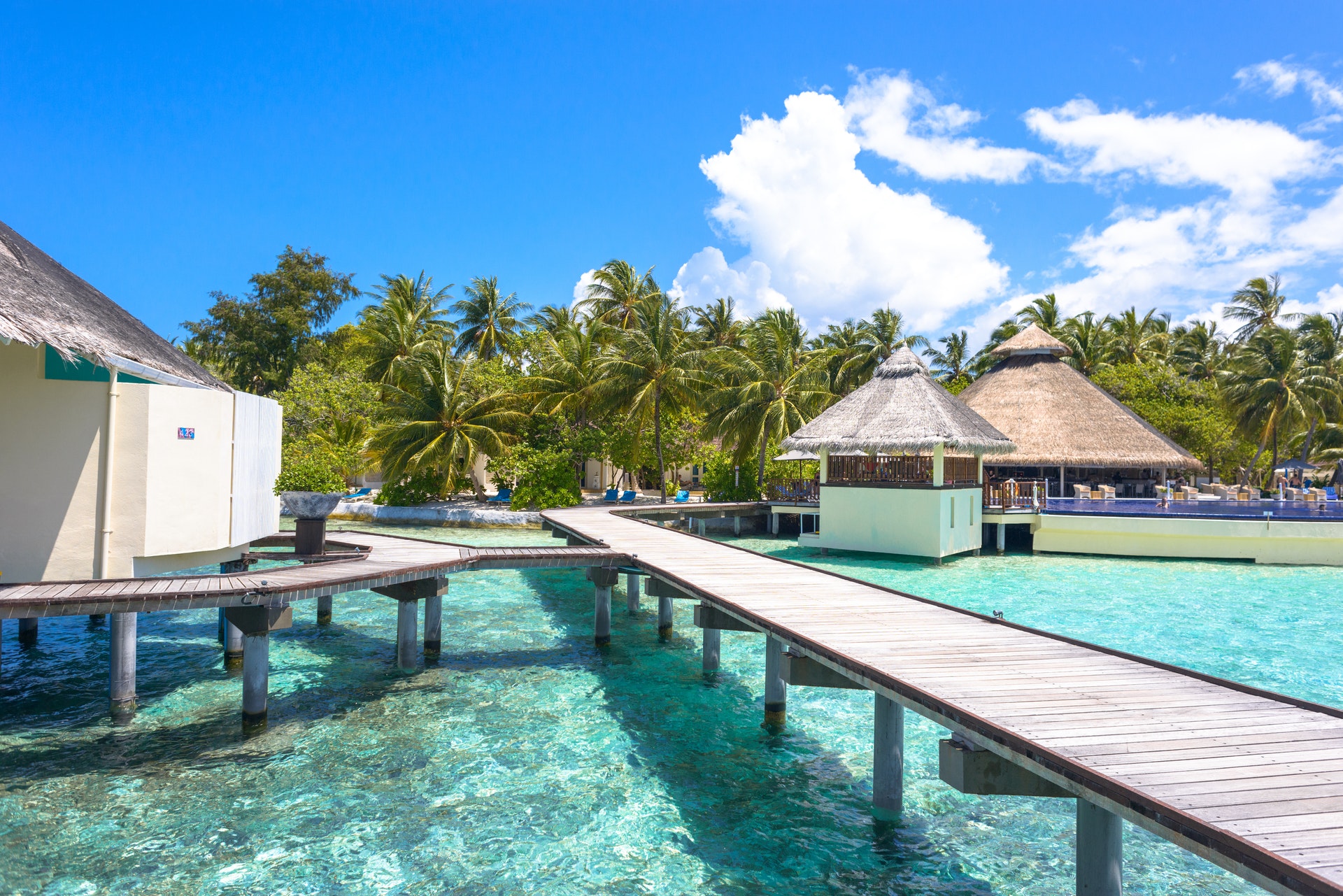 How to play Aztec (Detailed Instruction of the Age of Empires II: Definitive Edition civilization) in 2022